← more from
Slumberland Records
Get fresh music recommendations delivered to your inbox every Friday. 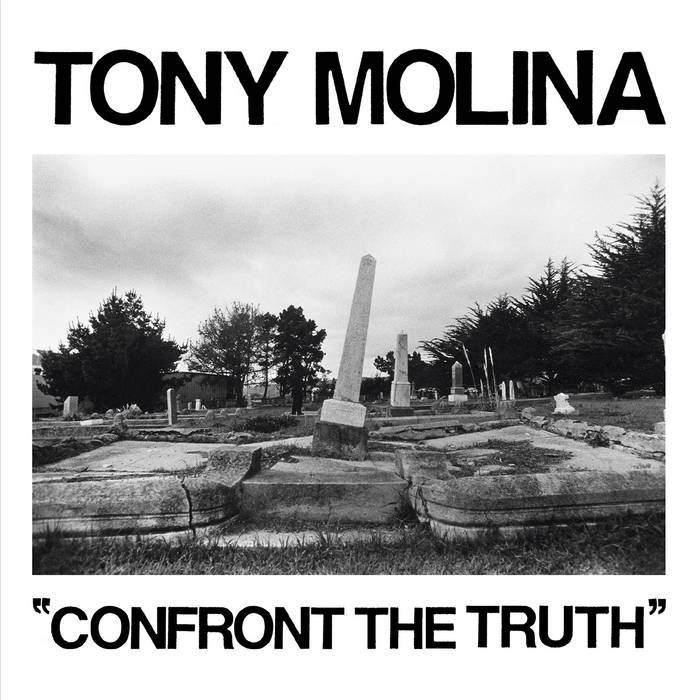 Noam Radcliffe if i could live in the riff at 0:21 for the rest of my life i would Favorite track: Banshee.

Levrikon If 'Dissed and Dismissed' mined '70s power pop for its influences, 'Confront the Truth' is working in a '60s framework. Molina is flexing his inner Lennon and it makes for a soft, gorgeous contemplative album without a wasted second. Favorite track: Hung Up On The Dream.

Joseph Prat Tony Molina makes the Beatles look like chumps and he could out shred them any day. Favorite track: Banshee.

Bloxachu this album flows perfectly. a quick listen, but very fun to loop and chill with! Favorite track: No One Told He.

In the interest of brevity, Tony Molina speaks a plain truth rarely considered by modern musicians. He's not going to waste your time pontificating on sentimentality when he knows the very sentiments that power his music will stay with you long after the songs end. The West Bay guitarist's background in hardcore, metal, and punk lends itself to this concept -- imagine if Crossed Out or No Le$$ were on some Lennon-McCartney or George Harrison or early Bee Gees shit, inventing a mode of sincere, world-beating pop expression and concentrating it into a span of seconds. That's what's happening here -- a resourcefulness that is typically at odds with the kind of guitar mastery you'll hear within.

You could fit the contents of Tony's previous releases on Slumberland and Matador onto one side of a 90-minute cassette and still have room left over for the eight offerings on "Confront the Truth," but would you want it any other way? When Tony sings about "trying to move on but I just don't know how," no extension of the time it takes for him to bring that feeling across is going to solve the problem at hand. You're immediately thrust into the orbit of these songs; you know how he feels, and now you can relate. Transference is complete. You've got plenty of time left over to dwell upon them.

The eight offerings on "Confront the Truth" notch a significant advancement in his style and approach. Almost completely absent from these new songs are the overloaded guitar crunch of "Dissed and Dismissed," or his earlier work with Ovens; it's replaced by gentle acoustic balladry, tasteful Mellotron and piano backing, the kind of musicianship that often takes a lifetime to master. The sadness of this music has precedents in pop's past; Tony's revelatory turn into specific traditions of pop music speak directly to the reasons why we love music in general, and what keeps our finest players driven to create. The repertoire from which he draws may be narrow, but in these songs, you hear exactly what Tony found in those influences that shaped his experience; years upon years of focus and isolation in developing his guitar skills to speak to these truths. The main difference here is that where Tony's previous works felt casual and easy to digest, here we feel the full weight of his emotional needs pressed against the gentlest and most careful music of his career.

I'll paraphrase myself here, from something I wrote about Tony's old band, Ovens, which applies here as well: the music is at once what I believe to be the quintessential encapsulation of the turmoil of West Coast youth. Hang out by the ocean on a beautiful day, land that trick you’ve been practicing on your skateboard for months, but you’re still bummed; the struggle to achieve balance without means in a place where you’re told you’re lucky to be informs every second of these songs. That the pain turns inwards -- lamentations on relationships that are over for good -- proves to be as much a condition of the environment as it is the mindset with which it aligns. The record's coda, a highlight reel of Thin Lizzy's "Banshee," indicates that the Tony you knew is still in there, but the game has changed, and the rules are entirely his own. Tony Molina is in complete control of his own destiny, and we should all care about where he's going.

Doug Mosurock, a fan first and a friend forever
August 2016

Bandcamp Daily  your guide to the world of Bandcamp

Damu The Fudgemunk shares his recent collab with Def Pressé, plus jams from Common and more